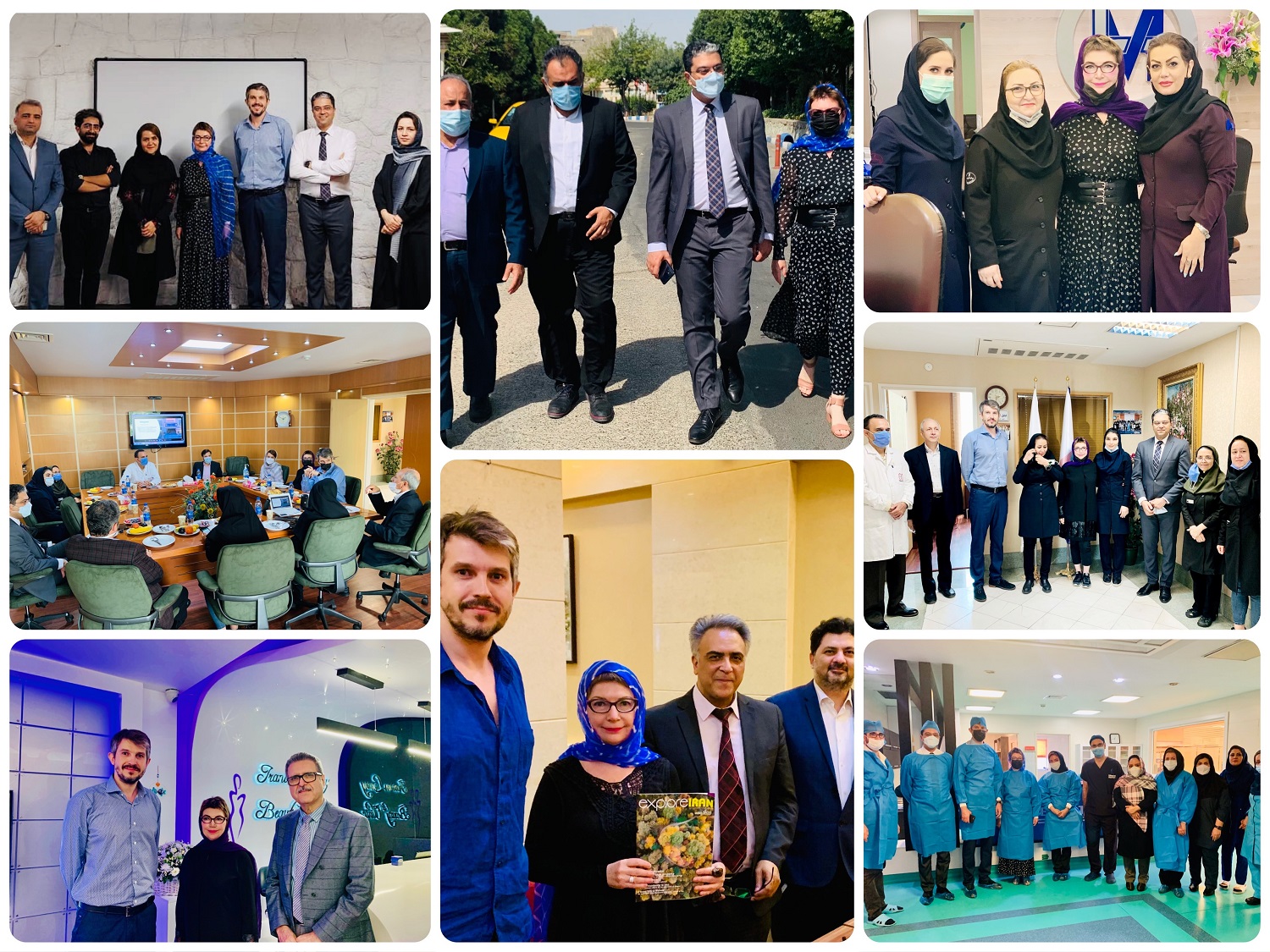 From 13 to 16.07 the management of the MedicaTour company was invited to a business trip to Iran in order to get acquainted with Iranian medicine.

“I have never visited Iran before, but for me acquaintance with this country was very interesting and attractive. After all, since childhood, I read “The Book of a Thousand and One Nights” - a monument of Persian literature about King Shahriyar and his wife named Scheherazade ”, - says Tatiana Sokolov,“ in addition, medicine and healing in Iran existed for 700 years BC ., Iran developed medicine together with the ancient civilizations of Babylon, Egypt and India. "

The modern development of medicine in Iran is admirable. It is no coincidence that Iranian doctors work all over the world and are highly valued in the labor market as highly qualified specialists.

The management of MedicaTour visited 9 Iranian hospitals and clinics, both public and private. Ways of further cooperation in the most interesting and demanded areas have been outlined.

Visits to the state university medical centers IUMC and TUMC made a great impression.

I would like to especially note such a direction of medicine as kidney and liver transplantation. In Iran, the cost of these procedures is much cheaper than in India and Turkey with the highest level of quality, as well as more loyal conditions in the selection of donors.

A unique operation is being performed in Iran - retina transplantation. Brain neurosurgery is superbly developed, and not only in university hospitals, but also in private ones.

The most surprising thing is that IVF is allowed in such a religious country, and the procedure for choosing the sex of the unborn child is officially, at the legislative level. This is a unique service as it is banned all over the world.

Iranian rhinoplasty is among the top procedures in the world. And this is confirmed by the fact that on the way back from Iran, half of the plane were girls after rhinoplasty - happy and beautiful.

The MedicaTour company brings special thanks to the organizers of this trip, the wonderful HTDC team for their hospitality, warmth and useful contacts with Iranian clinics.

MedicaTour became the first Russian company to launch the development of medical tourism between Russia and Iran. There is a lot of work ahead, but the most important step has already been taken.