A trip for beauty 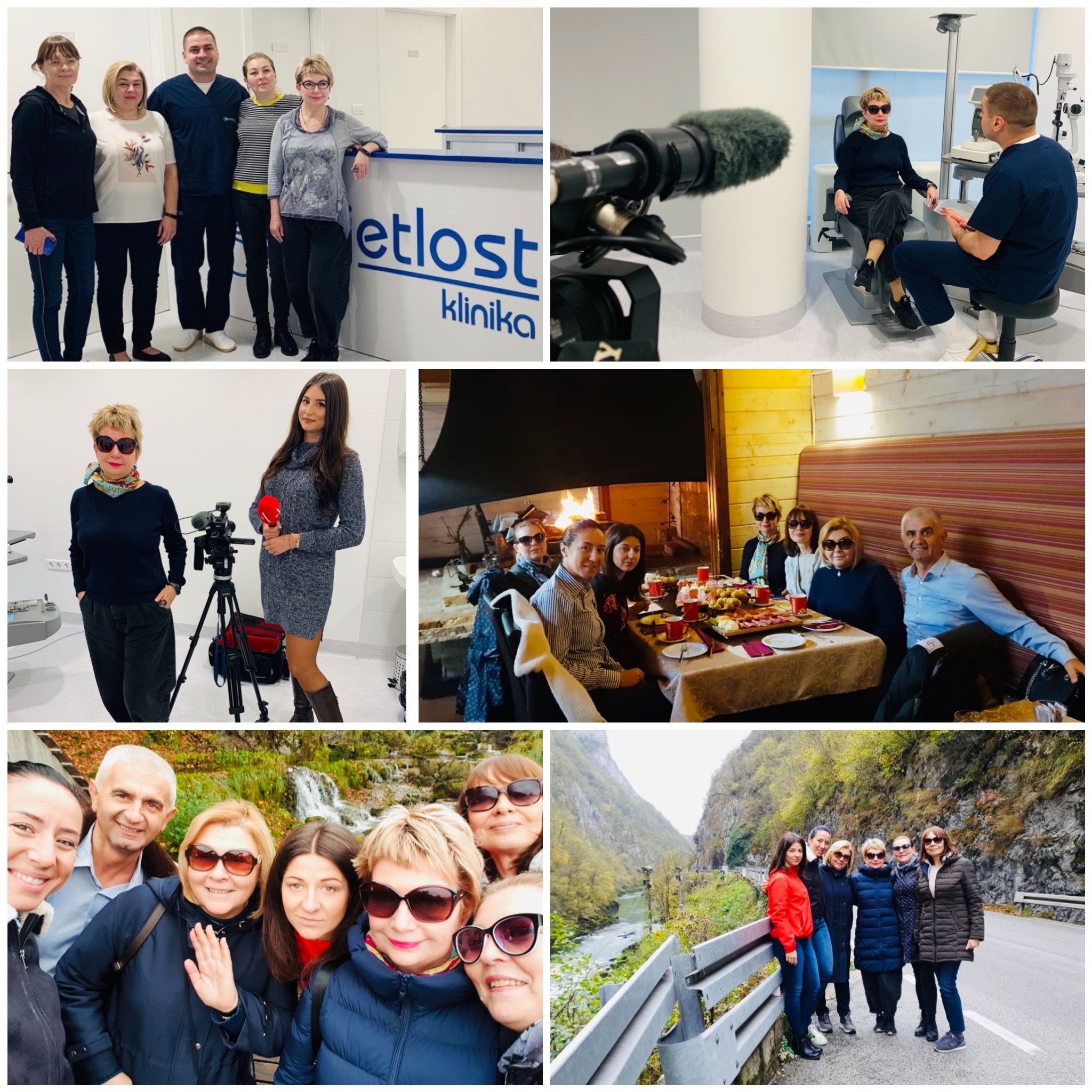 From October 28 till October 31, MedicaTour organized a group to the town of Banja Luka in Bosnia and Herzegovina, to the clinic “Svjetlost Banja Luka”, for conducting blepharoplasty by Head of a clinic, Dr. Bojan Kozomara. The group was personally accompanied by the Director of MedicaTour Tatiana Sokolov.

“We are engaged in sending our clients for plastic surgeries to different countries for a long time, but the idea exactly in gathering a group and taking them to the plastic procedures gathered for the first time.

Dr. Bojan Kozomara has been performing such operations since 2004, he has vast experience. Mostly clients from Europe go to his clinic. And fact that he was a famous ophthalmologist aroused in me even more confidence.

All operations were successful, took us as very honored guests. Serbs are very fond of Russians and call them “brothers”. Our visit was an excellent information occasion and some local media found out about it, so I had to give some interviews to Serbian television.

Before surgery, everyone underwent an ophthalmological check up. Blepharoplasty was performed under sedation, so it was absolutely not painful. A very experienced anesthetist works at the clinic. Despite the fact that part of the group was fluent in English, we were provided with a Russian interpreter - Nikolina, who not only translated during the operations, but also accompanied us during the whole visit, along with the assistant of the doctor, also Nikolina.

We not only performed plastic surgeries, but also got acquainted with the beauties of the Serbian Republic. They organized an interesting excursion to waterfalls and mills on the Krupa River, as well as to the monastery of the Prophet Elijah, in which the relics of the Matronushka of Moscow have been stored since 2016. The abbot of the monastery was very pleased to us and said that after the relics of Matronushka were brought to the monastery, it began to flourish and develop.

I was also surprised by shopping - the prices here are very low both for food and clothes.

The town of Banja Luka is very calm, cozy and pretty. In the park there is a monument to our great Russian poet Alexander Pushkin”, Founder and General Director of MedicaTour Tatiana Sokolov shared her impressions on the trip.

Company MedicaTour plans to conduct such tours on a regular basis - the next one is planned for 2020. Those wishing to join can leave a request by filling out the form below or by contacting MedicaTour's managers.