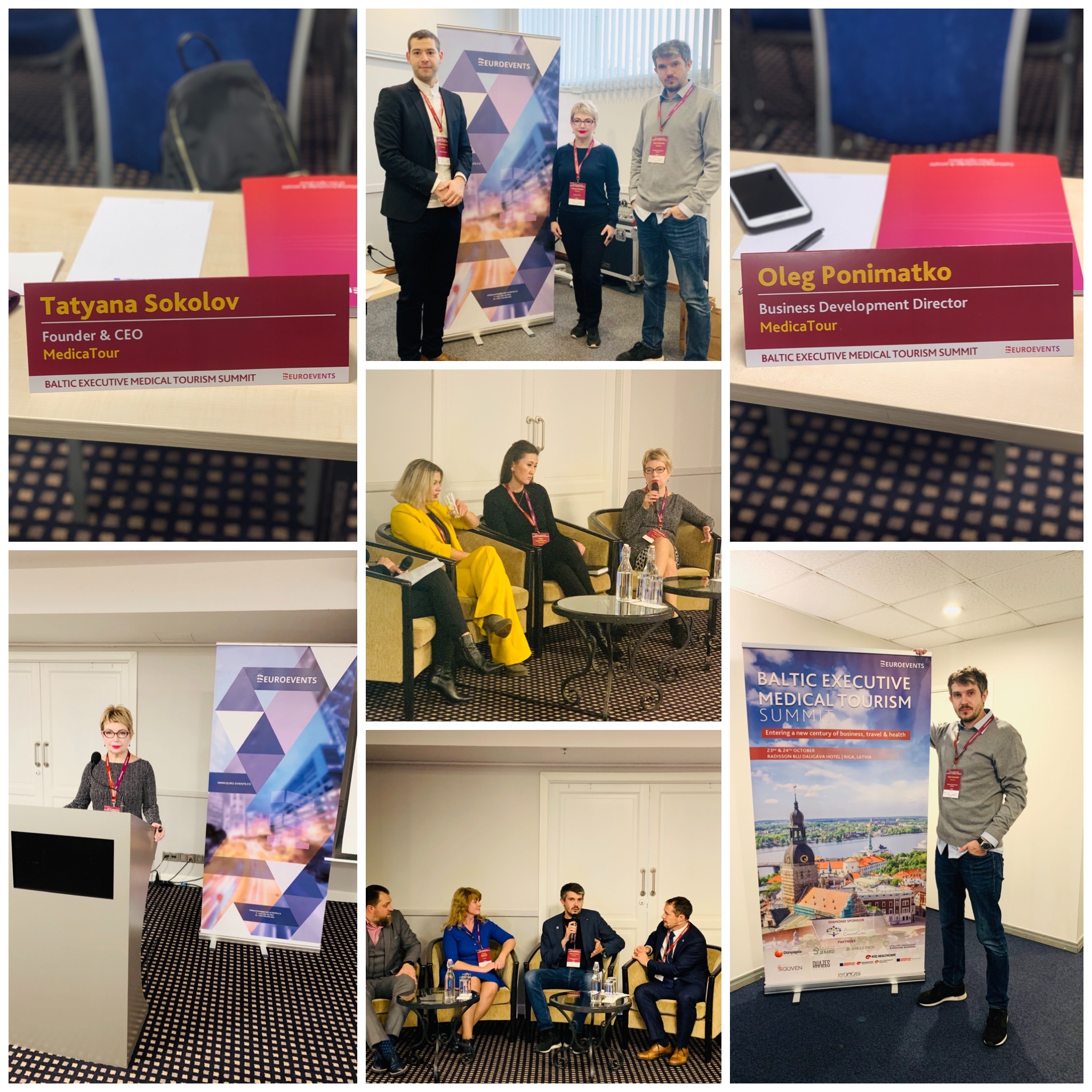 This is not the first time our company has collaborated with Euroevents, organizer of events around the world. This year, company MedicaTour has already taken part in an event in Zagreb. It was very interesting and productive.

This time, at the Baltic Executive Medical Tourism Summit, which was held in Riga, two speakers have already been invited from MedicaTour - Founder and CEO Tatiana Sokolov and Business Development Director Oleg Ponimatko.

Event was held on October 23 and 24 in Riga. As always, the conference program was rich, many leading world speakers and leaders in the field of medical tourism spoke, considered new trends in medical tourism, marketing strategies, the role of new technologies in the development of medical tourism. As a result, many new creative ideas arose about our work, as well as new interesting acquaintances with potential partners.

On the first day of the summit, 2 panel discussions took place: the first was attended by Tatiana Sokolov, Founder and CEO of MedicaTour, who revealed the secrets of working with new service providers, the features and differences of the CIS medical markets, the issues of improving the quality of patient care. The second panel discussion was attended by Business Development Director of MedicaTour Oleg Ponimatko and it was dedicated to the promotion of hospitals in the medical tourism market.

On the second day of the Summit, B2B meetings were held with hospitals from around the world.

Tatiana Sokolov: “I want to emphasize the usefulness of participating in such events: it is always useful to communicate with colleagues from different countries, to find out their work experience. At the same time, you always draw a lot of new information and introduce it into your business and, of course, you meet new colleagues from the world of medical tourism, you learn new interesting hospitals. ”

The next EuroEvents event is scheduled for February in Athens, Greece. Our company has already been invited to take part in it.