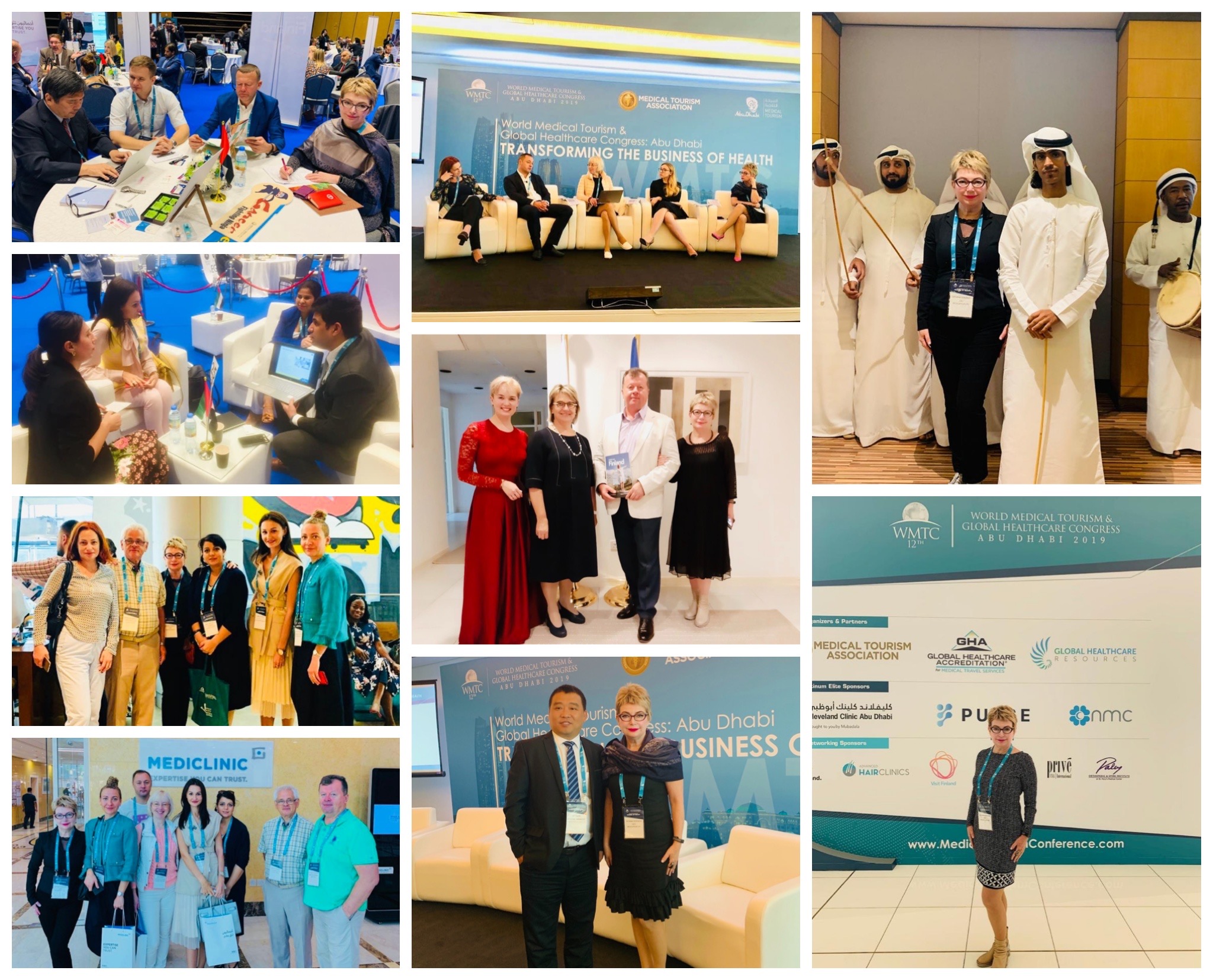 From 15 to 17.10, the International Congress on Medical Tourism and Global HealthCare WMTC-2019 was held in Abu Dhabi. The organizers of the conference were American Medical Tourism Association and the Abu Dhabi Government, who asked company MedicaTour to collect and to bring to event a Russian delegation consisting of representatives of federal medical centers, private clinics, representatives of the Chamber of Commerce and Industry and medical tourism agencies. The invitation to the candidates was dealt directly by the General Director of MedicaTour Tatiana Sokolov.

On the first day, visits were organized to the leading hospitals of Abu Dhabi, delegates got acquainted with the possibilities and advantages of medicine - beautiful palace-hospitals equipped with the latest technology, which employs international teams of doctors who have come here from all over the world. The NMC Healthcare and Cleveland clinic Abu Dhabi made a huge impression.

In the evening, the Russian delegation was invited to the Embassy of Finland in the United Arab Emirates to a reception at the Finnish Ambassador, which ended with a friendly dinner.

On October 17, a business panel was conducted “The Role of Russia in Global Health Care” which was moderated by Tatiana Sokolov. The discussion was attended by representatives of Ministry of Health of the Russian Federation, First medical tourism association in Russia, doctors and owners of Russian private clinics. The issues of exporting Russian medical services, the development and prospects of medical tourism in general, and medical insurance in Russia were discussed, specific examples from practice were considered.

All members of the Russian delegation are going to developing further interaction and mutually beneficial cooperation with Abu Dhabi on medical projects.