MedicaTour on a business visit to the Puglia region of Italy 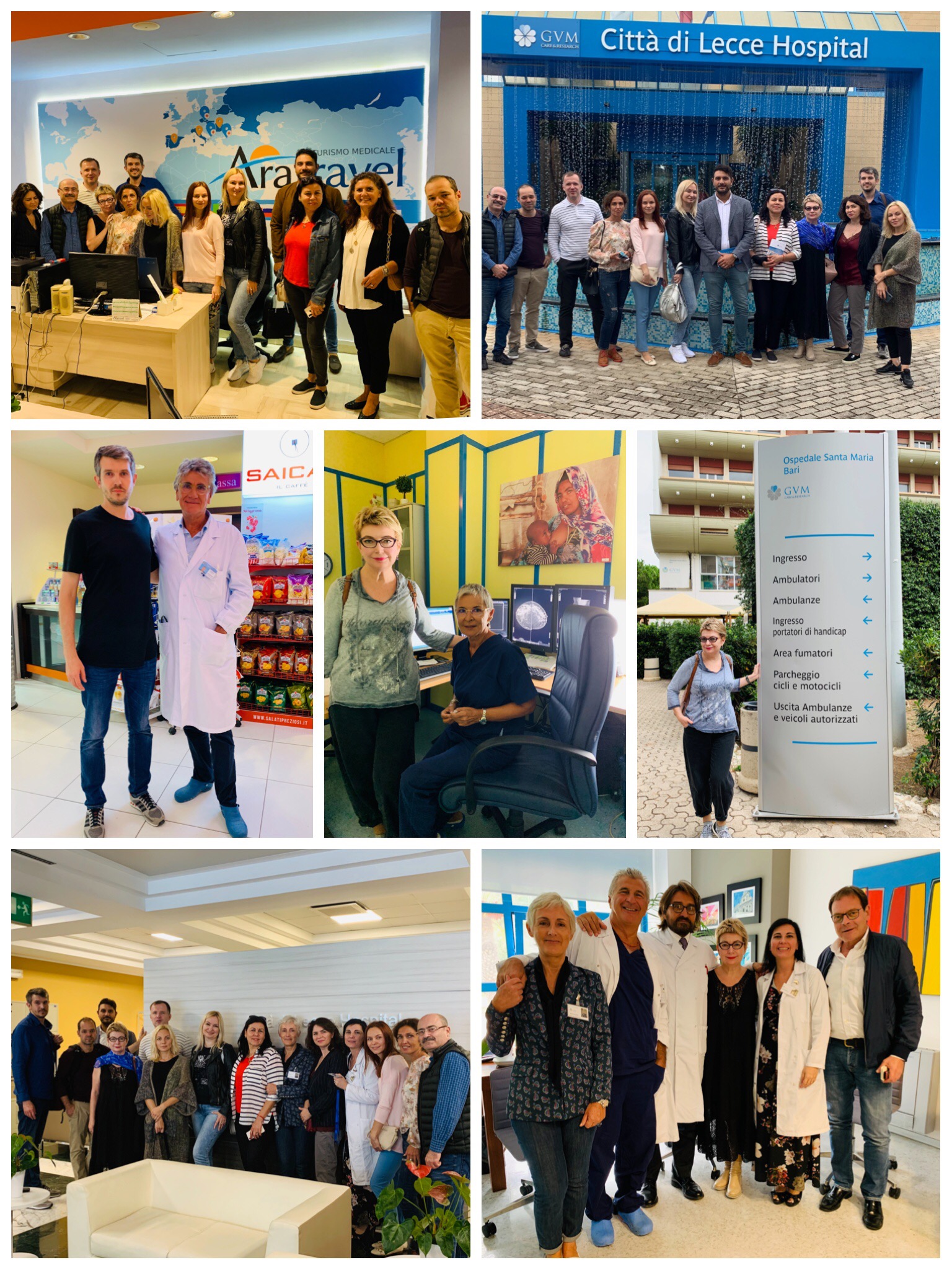 From October 3 to 6, the management of MedicaTour made a business visit to Italy, the Puglia region, in order to get acquainted with the regional clinics and the possibilities of treating MedicaTour's patients there. The visit was organized by Puglia medical tourism agency Aratravel.

Have visited several hospitals in the Puglia region, namely, hospitals from the GVM group and the Miulli multidisciplinary hospital, we saw that these are hospitals of the highest level, the equipment in them is the most modern, doctors are famous not only throughout Italy, but throughout the world.

Would like to emphasize the highest level of cardiology, as well as some innovative techniques. For example, in the Miulli hospital, from November they will conduct CAR-T therapy. This is the latest treatment, which consists in extracting T-lymphocytes from the patient’s body (cells belonging to the immune system) through apheresis, a technology that allows you to divide the blood into components and get a certain amount of lymphocytes. Then they are modified so that they can recognize and attack the tumor cells, and they are introduced back into the patient's body so that after their reprogramming they recognize, attack and destroy the cancer cells.

It is also to say that in the capital of Puglia in the city of Bari, the relics of Saint Nicholas the Wonderworker, who also heals sick people, are stored.

The region itself is beautiful, like the whole of Italy, there are many unique historical and natural places, delicious food, shopping lovers also have something to do.

In the near future, MedicaTour launches a new project with Aratravel on the development of medical tourism in the Puglia region.