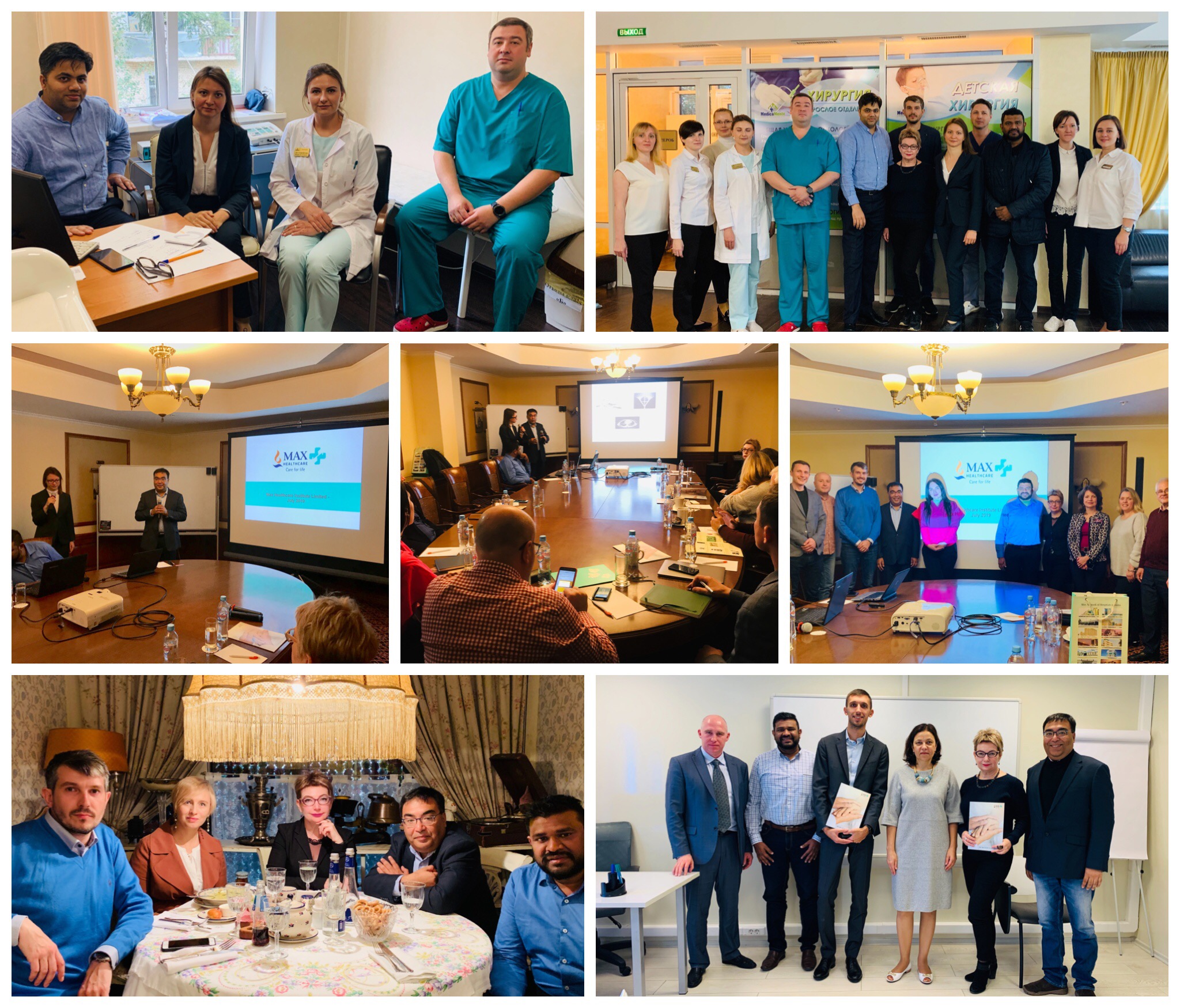 Since February 2019, MedicaTour is the official representative of the largest medical network of India Max Healthcare in Russia and, in connection with this, company recently organized a business reception, which included meetings and negotiations of Max representatives with Russian partners - charity foundations and biggest Russian insurance company.

Free social action for residents of Moscow and Moscow region

On September 14 and 15, a free large-scale campaign “Together Against Cancer” was organized by MedicaTour, biggest Russian medical TV channel, Medica Mente clinic (Moscow region) and Max Hospitals (India). The well-known Indian surgeon - oncologist Dr. Archit Pandit from the Max Hospitals (India), together with doctors of Medica Mente clinic, gave a second opinion to Russian cancer patients, and also exchanged experience in dealing with difficult cases from practice with doctors from Russian clinic.

Round table for medical tourism agencies

On September 16, MedicaTour organized a round table at which major Russian players of the medical tourism market, of the consulting sector and Russian doctors were able to watch the presentation of the Max Hospitals, as well as to meet and to communicate with representatives of Indian group. The presentation about the benefits of healthcare in India and Max Hospitals was made by one of the top managers of the group - Anas Abdul Wajid. All participants took the presentation positively and were very interested in working with this group of hospitals.

Also in the afternoon, negotiations were held on cooperation with two well-known charity foundations, “Life with Cerebral Palsy” and “Step Together”, founded by the famous Russian actor Gosha Kutsenko.

Meeting with the largest Russian insurer

On September 17, a meeting was organized with the largest Russian insurance company, VSK, and further cooperation was planned in some areas of treatment.

Indian healthcare is developing very rapidly. In India there are more than 20 thousand hospitals, of which 26 have international JCI certification, one million doctors who studied in America and Germany. Investment in the development of medicine amounted to 17.5 billion US dollars.

Treatment in India is safe, high quality and affordable in price, and Max Healthcare is its leader.

For all treatment issues in Max Hospitals, you can contact the specialists of MedicaTour.