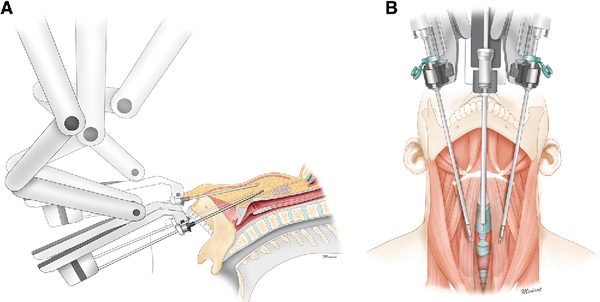 Today, this operation is carried out in several medical centers, in different parts of the world, including the United States, Thailand, Brazil, Europe and other countries. To date, around 2,000 such operations have been performed in the world, with a good result, similar to the traditional approach of neck surgery.

Operation is performed through a small incision in the lower lip (1.5 cm), through which a camera is inserted with two endoscopic instruments, with the help of which resection is performed. The operation takes place under general anesthesia.

The surgical risk is proportional to the resection volume and is identical to the classical operation on the neck.

According to the developers of the TOETVA method, during the operation of the thyroid gland, the endoscopic approach reduces the risk of hoarseness.

Most people feel uncomfortable because of the surgical scar, which is often very noticeable, so the new surgical approach has real advantages, as it leaves no external scars.