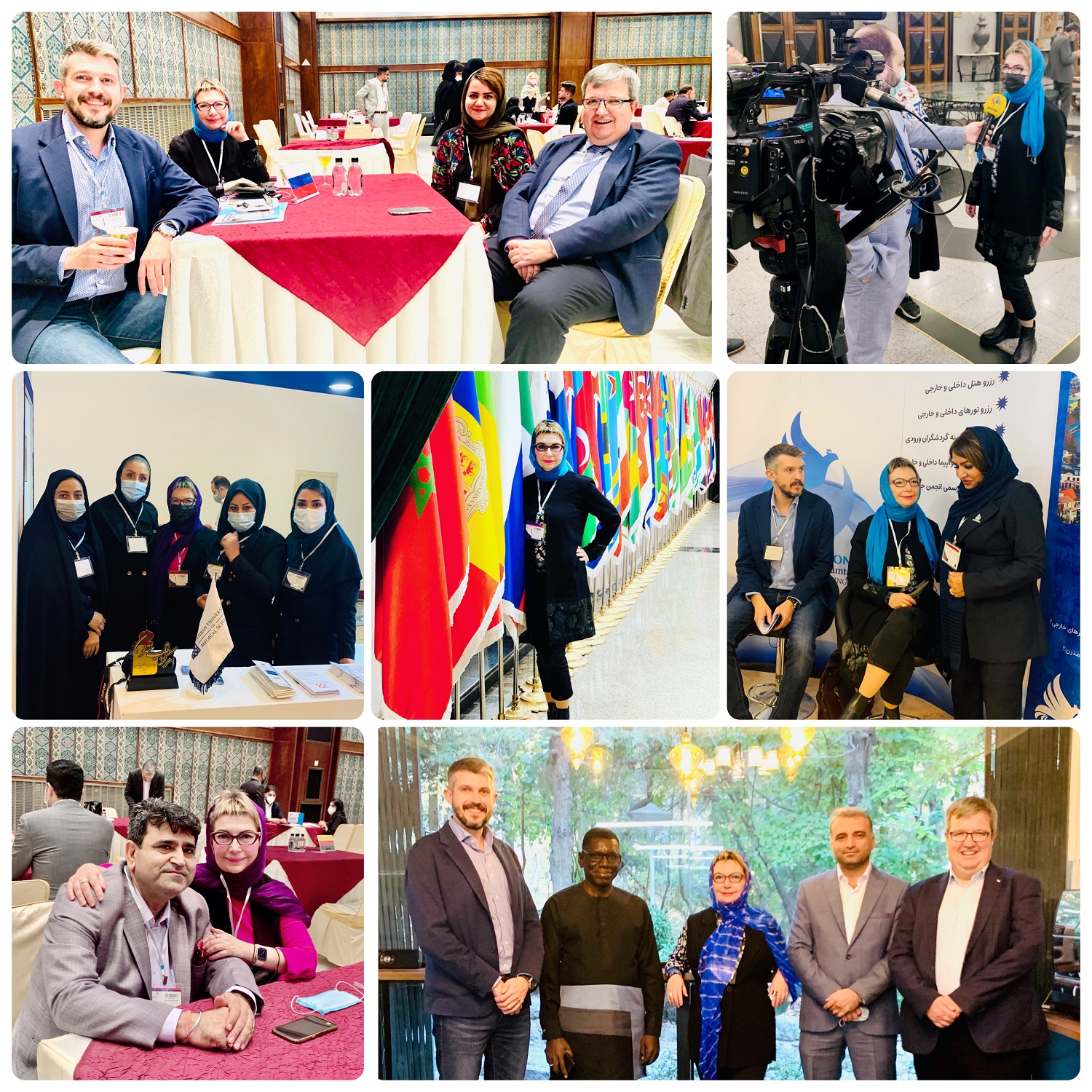 From November 7 to 9, Tehran hosted a major event, the 5th Interantional Health Congress of Islamic Countries, which brought together health and medical tourism market players from all over the world "under one roof". In addition to MedicaTour, which represented Russia, representatives from 100 countries were invited: Germany, Belgium, Croatia, Serbia, Ghana, Ukraine, India, as well as from Oman, Turkey and other countries. Form MedicaTour CEO Tatyana Sokolov and Development Director Oleg Ponimatko attended the event.

It was a major offline event that we managed to organize during our difficult covid times.

A very interesting business program was organized, in which the pressing problems of medical and health tourism were discussed, points of interaction between different countries in this matter were outlined.

At the same time, a medical tourism exhibition was held, which exhibited Iranian clinics and Iranian medical facilitators. B2B meetings were organized not only with Iranian partners, but also with representatives from other Islamic countries.

The event turned out to be very long-awaited, useful and positive. Everyone missed the offline format and were happy to meet with partners from different countries.

Iran is now trying to develop medical tourism not only for its donor countries - Iraq and Afghanistan, but also with other countries, in particular with Russia.

Prices for treatment in Iran are affordable, the quality of medicine is high.

During the event, the management of the MedicaTour company held more than 30 meetings with potential partners.

"This is our second visit to Iran, we have already begun to cooperate with Iranian hospitals," said MedicaTour's CEO Tatyana Sokolov. - “We would like to sincerely thank the organizers of this event, Majid, Armin, Arezoo, Fariba, Mehdi, Saeid and the entire HTDC team for their excellent work.” "