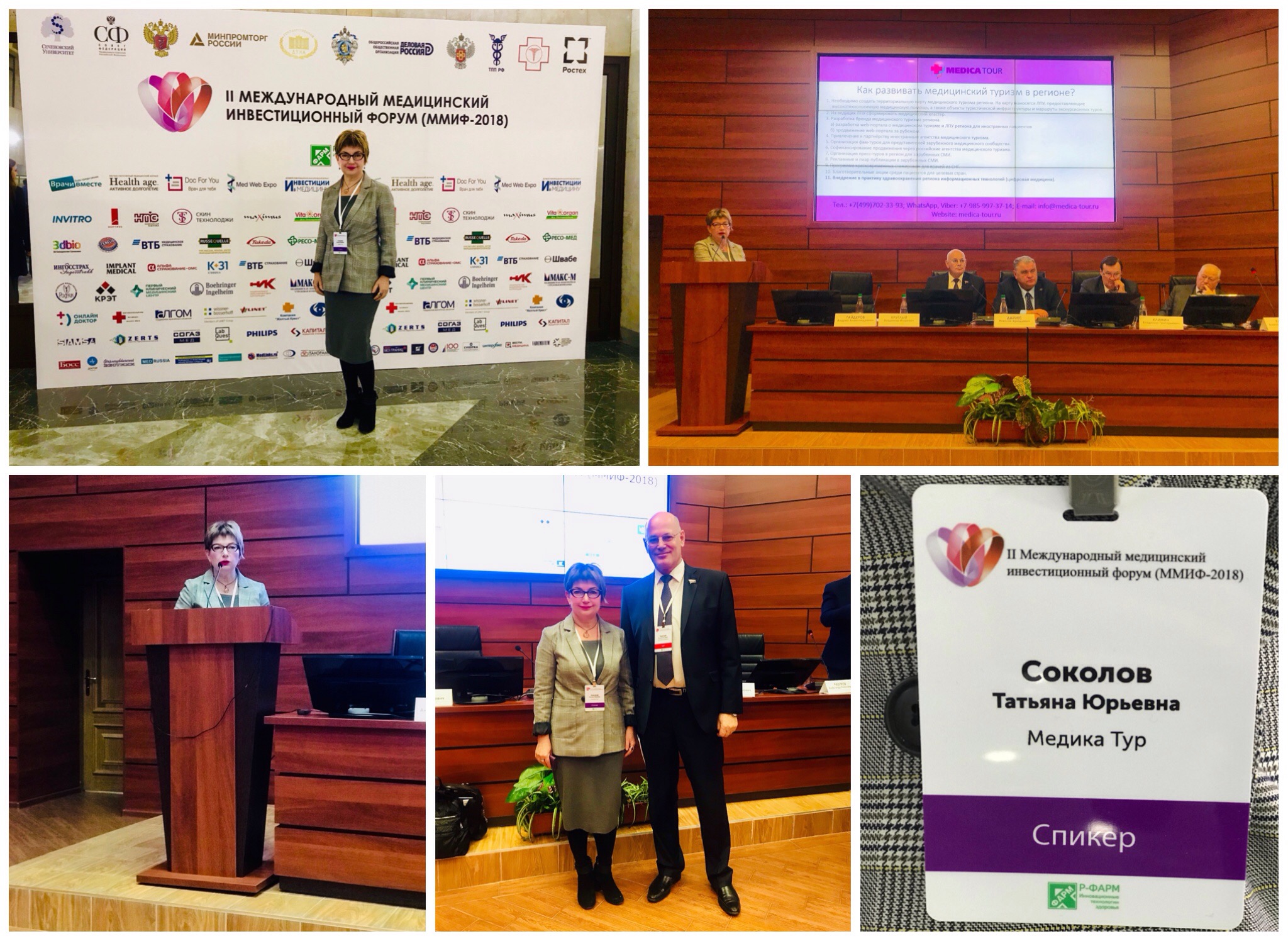 On November 29, 2018, the 2nd International Medical Investment Forum MMIF -2018 was held at the Sechenov Institute in Moscow with the support of the Council of the Federation. Tatiana Sokolov, Founder and CEO of MedicaTour Company, was honored to take part, like speaker and expert of medical tourism, in the round table, which was held within the framework of this forum.

Tatiana made a report on the topic: “Branding and promotion of the regions as factors of promoting medical services”.

In April 2018, Tatiana already participated as an expert and speaker in the round table in the Council Federation, and also spoke in the regions before Buryatia and Altai Krai Government.

“I am glad that the development of the medical services in a country is now a strategic issue, ”- Tatiana Sokolov, Director General of Medica Tour.